do you know? You too can play Android games on your tired computer. Here I will tell you about Best Android Emulators for PC.  If you don’t have a mobile but you can’t play games on it for any reason, and you want to play them on your computer, then you’ve come to the right place. 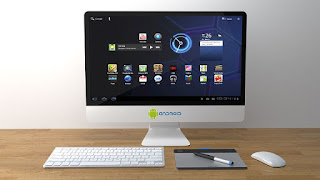 You need an emulator to run Android games or apps on the computer but there are so many emulators in the market now that it is difficult to evaluate which emulator will work for your computer. I’m not going to give you a long list here, nor am I going to fill you up with the same list as everyone else.

Today I am going to tell you about one of the best Android Emulators that can make your desktop fully mobile. There are the Bundles of Android Emulators but here is a Best App/Software which is most batter then other apps.

Here is an App which name is “Phoenix OS” You’ve probably never heard of software. It will allow you to Play Android Games And apps on Low end Pc without any Problem.
I have my own computer which has 2GB Ram, 2.4 Processor or No any Graphic Inserted in it and wonderful thing is That I am Playing Pubg Game, Whatsapp, Subway surfer or every app on this.

you can Play PubG Game on PC by installing “Phoenix OS Software“. it gives you high graphics on Low end PC without Graphic Card.

“Phoenix OS” is the best Android Emulator for Low End PC without Graphic Card. You can play any game in this App and this Software will Never slow Your PC.

How to Play Pubg Mobile on PC Without Emulator

You have not to need any Emulator Just download and Install Phoenix OS on Your PC and then you can directly Install Pubg on Your PC.

(Method 1) How to Install Phoenix OS ON PC (Recommended) 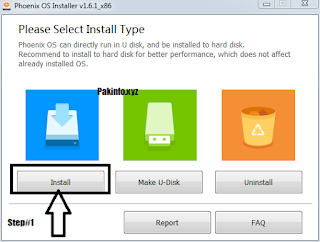 1. Now Click on Install Button as shown in Screenshot. If you want to install On your Pendrive/USB then Insert USB in PC and Then Click on Second Button “Make U-Disk”.

If You will Install On USB then its Performance can be slow therefore I will suggest you to install this on PC Drive.

2. After Click Install Button a new window will appear here as shown in Screenshot. 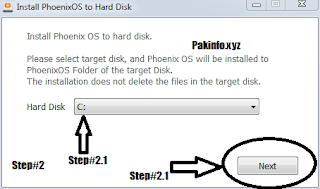 you have to select Hard drive Partition where you want to install this. If there is no Space on Disk Drive “C” then you can select any other Drive where Space is available.

2.1. Click on the Next button after Select the Disk.

3. Now you will see an Option of Memory Selection. 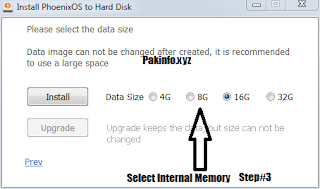 How much Internal Memory You want? If you want to Play Pubg Game or any other High memory Game then I will suggest you choose 16Gb/32Gb. It depends on your Mind How much Memory you want to install On this.

After Select the Data Size Click Install Button. Now it will Take 5-10 Minutes depending on your System performance.

4. After complete, the installation Restart Your System, and then it will ask to select an Operating System on every time after Start your Computer. 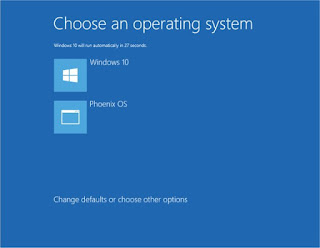 Select Your Operating System and Enjoy.

This method will be difficult for you but if You want to Install Using this method then follow me step by step.
1. Download Phoenix OS Iso X86 and Download Refuse from here.
2. Now Open refuse and select the Phoenix OS.iso as shown in Picture. 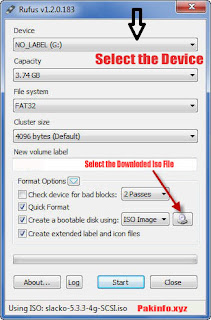 3. Click on the Res arrow Disk and select the Downloaded Phonix OS file and start.
4. after finishing it now restart the PC and select Boot Menu.
5. Install Phoenix OS on your hard drive and enjoy it.

this is the best android emulator for PC and you can easily Install Playstore on PC, Pubg on PC and all Apps and Games on Pc. If there is any problem then Ask in the comment.